What to do with Energy Sappers

When I was 15 I was told by my house captain of games (the school was made up of 26 houses of 50 boys: yes, it was a big school) that  I was to represent the house in the school Steeplechase.  This required us to run 15 miles or so over a cross country course, most of which as I recall involved  running over recently ploughed fields.  As someone who preferred sprinting to long distance, and who tended to throw up after any distance race over 200m, I knew this would be a gruelling run, and I was dreading it somewhat. However, I wanted to do my bit as the sole representative of the slightly unsporty house I was in, so I grudgingly donned my running kit and headed out on a wet June afternoon. 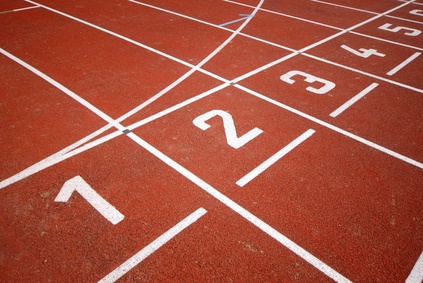 When I turned up at the start line, I found myself standing next to a boy I knew of the same age, mainly from being in the school orchestra with him and being in the same class for French lessons.

He came from a very wealthy and well known family of bankers, so today let’s just call him Richard.

Richard:  “Have you been told to turn up, like I have?”

Little did I know that he effectively he was about to undermine my performance that day.  Right from the start.

As the starting gun fired, he literally held me back.  “You’re not going to win, what’s the point in rushing?  Let the others rush ahead, they’ll soon drop back.”

3 miles later, running at little more than a jog, we found ourselves I imagine at the back of the pack (of maybe 75 runners).  Suddenly Richard stopped.  He looked behind to check no one could see us.

“Right, through this hedge, it’s a shortcut.  It’ll knock 6 miles off it.”

He had found my bottom line.  Without a word I sprinted off, and did my best to try and clamber back up to a respectable position.  Which I think by then was well nigh impossible.

Richard was an Energy Sapper.  I partnered with him because I was looking for a comrade in adversity, and I didn’t know him well enough to give him a wide berth.

The older I get the less I want to be near Energy Sappers.  I want to be with people who fuel me, and reciprocate energy.  They can do this in all sorts of ways.  It might be from their attitude, their inner energy, their lack of mental limits, their ability to improvise in the moment.  It doesn’t really matter how they do it, but as long as being with them leaves me higher than when we first meet, I want to be with them.

The people I definitely DON’T want to be with these fall into these broad energy-sapping categories:

The needy one.  The person who just wants to unload their problems onto you and thus share the load, without caring about what your load might be.

The lazy one.  The person who can’t be bothered to get up early enough or get off their arse enough to find out stuff for themselves.  The one who expects it to be a one way street in which they get the information they want without giving any back.  Mentally and physically lazy.

The “poor me” one.  The colleague (true story) who will willingly let you drive for 6 hours, during which she tells you the detail of all her woes, and when she has finished winds her seat back and goes to sleep.  And when we get to the hotel (eventually after getting lost for 30 mins because she couldn’t be arsed to map read) the first thing she wants to do before checking in so we can get some food is have a fag.

The fake.  The one who promises commitment and then under delivers.  At the last minute, so your options to plug the gap are severely reduced,  Rather than be straight and up front, fakes support until it’s too late.  Passive aggressive, basically.

The talker.  The one who sees himself as at the centre of the Cosmos, and thinks the most interesting subject on the planet is himself.  Exhausting to be with, and actually extremely boring.

Then there are the liars, cheats, frauds, fakes, none of whom you should spend time with if you can avoid it.

These people need to be given a wide berth.  Life is too short, why wouldn’t you surround yourself with the opposite, the ones who inspire, uplift, reciprocate, engage, create, stimulate you?  Make a list for yourself, how many fall into the toxic energy sapping variety?  When are you going to ditch them?

There are more types of Energy Sappers than I have listed, loads more.  Which variety do you dislike most?

Strictly Necessary Cookie should be enabled at all times so that we can save your preferences for cookie settings.