The power of insensitive feedback

I am grateful to The Week magazine for this short item which has got me thinking about the type of feedback I give and indeed am used to hearing in a “professional” environment. 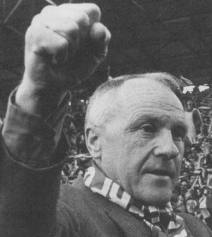 It is  a possibly apocryphal story about the great Bill Shankly giving feedback to the Liverpool football team at half time.

I love it.  Utterly politically incorrect, probably gross misconduct, reprehensible abuse and of course breaking all the rules of Constructive feedback.  And yet, and yet.  Imagine the impact.  The sheer emotional effect of those words and the utter simplicity and directiveness of the instruction.  In his time Liverpool were arguably the best football team in the UK.  To what extent was Shankly’s communication style and leadership responsible?  Hugely, according to most analysts.

Do we shy away from saying it straight, when this approach might be so much more effective?  How much time would it save if this type of feedback were regularly used in the workplace?  Is it time we all stopped dancing around and were just a bit more honest and direct with each other?  I believe some call it Authenticity, and I suspect as relationships get weaker and we all live in an increasingly Virtual world, we need a bit more of Bill Shankly in our lives.