When will the Extraverts ever learn?

Last week I had a meeting with the Head of Organisational Development in a large public sector organisation.  I’d never been to their smart Headquarters before, so my genial and outgoing host enthusiastically showed me around.  It wasn’t long before we found ourselves in a room which I think was called “Creativity Zone” or something like that. 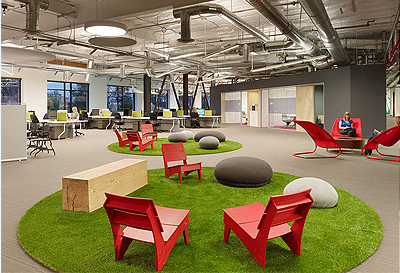 It had funky irregular shaped seating, soft toys to play with, a big blowup plastic desert island and strips of flashing lights.  There was even a white toy monkey sitting on top of the projector.  It was brightly lit, a bit like being in a McDonald’s, and clearly it was intended to stimulate alternative thinking.

I found myself asking what sort of person this room would appeal to.  As a trainer you quickly learn that you can’t please all the people all the time, so how to find a good compromise is a consideration which often pops into your head when you’re sitting with a fellow learning professional.  We quickly concluded that the room was designed by Extraverts, and would appeal to them far more than it would to Introverts.

Invite an Introvert to join in a “creativity session”, probably involving a group brainstorm, in a room like this, and they will run away screaming (mentally, if not physically).  The brightness, the flashiness, the whole mental noisiness of the place would, as I understand it, be a complete turn off.

So how do you unlock the creative genius inside the 50% or so of the population that has an Introversion preference?  In a way, you do the opposite of the “Creativity Zone” approach.

Here’s what I’ve learnt over the years:

Give them time to think about the problem in advance of any creativity session.  Design processes for sharing ideas which do not require them to do it face to face (eg write them down and submit independently).

There is undoubtedly a bias towards Extraversion in the workplace and arguably in society as a whole.  Too many of our processes were designed by gobby Extraverts, without considering how to involve the Introverts without pointing a finger at them and shouting “what do you think?”  They have such a great contribution to make in developing new ideas.  Look at how helpful all this is: 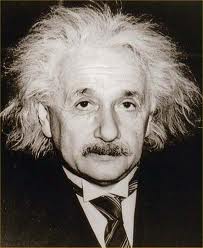 “It’s not that I’m so smart. It’s that I stay with problems longer.”

•Better at regulating excitement, and sticking to a plan

•Less likely to take risk or be impulsive.

•Less likely to give up, and more likely to work accurately

•Know how to truly focus to generate innovation

What might you need to change to allow more room for your Introvert colleagues?  Are you guilty of designing processes which suit Extraversion only?

Let’s finish with Susan Cain’s TED talk, in which she explores the world of the Introvert as brilliantly described in her excellent book “Quiet.  The power of Introverts in a world which can’t stop talking.”

Strictly Necessary Cookie should be enabled at all times so that we can save your preferences for cookie settings.